Is there an overlap of injuries of vehicle crashes and crime in Stockholm?

Is there an overlap of injuries of vehicle crashes and crime in Stockholm?

Using vehicle crash (N=3,700) and non-traffic crime (N=605,052) data from 2016 to 2018, hot spots of these two sets of events and their overlap were identified by Levine and Ceccato.  They found that crash hot spots captured 14% of the crashes in only 0.5% of Stockholm’s area while crime hot spots captured 27% of the recorded offences in less than 1% of the area.  There was overlap in these hot spots for 7% of the crashes and 10% of the crimes. Crashes were associated with higher average daily traffic while crimes were associated with lower average daily traffic. Both types of incidents tended to be higher in lower income neighborhoods. Common to both were underground stations, ATMs, and alcohol-serving businesses. 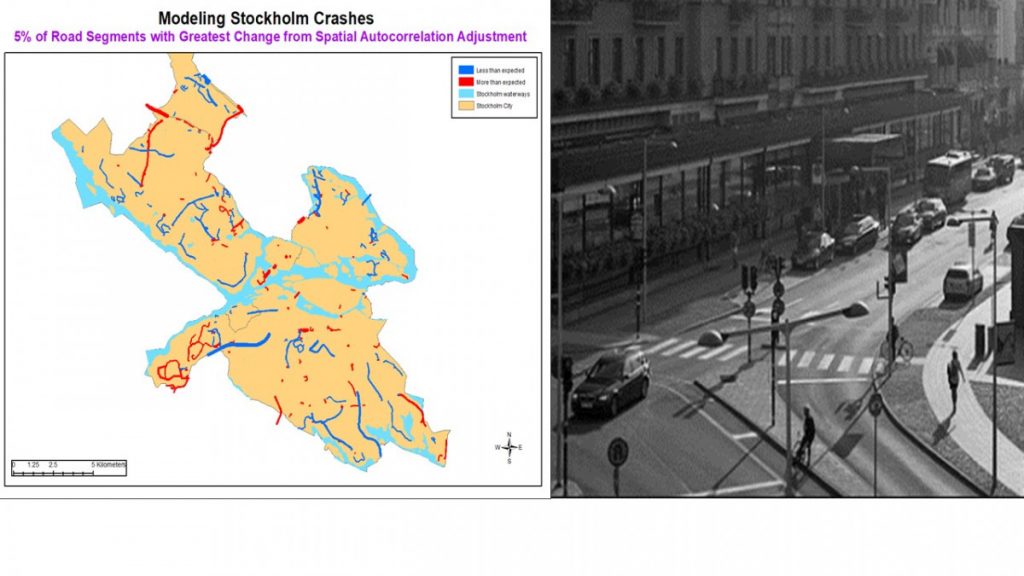 Why is this issue important?

By treating traffic crashes and crimes as overlapping phenomena and focusing resources on their joint mitigation, benefits can be obtained. In Sweden, such a program does not yet exist. Instead, there are separate programs for each. The Vision Zero program is focused on the concept that ‘no-one should die or be seriously injured in traffic’. It was first introduced in 1995 and is still active (Trafikverket-STA, 2019). For crime, the national crime prevention program also has a clear situational component (Ministry of Justice, 2016). However, none of these programs are explicitly interlinked, apart from policies related to emergency services.