Crime does not occur randomly, it tends to be concentrated in places that are ‘risky’. These places include a range of settings such as convenience stores, parks, and transit stations, even confined to particular street corners, depending on the crime. However, our understanding of the places and settings that attract disproportionately high levels of crimes is still in its infancy.

We will be answering the following questions:

We start by critically reviewing the theory of risky places, examining measurement challenges and opportunities to reduce crime risk across a range of settings and discussing safety in risky places in an interdisciplinary perspective. This series of seminars will be carried out in cooperation with the School of Social Sciences, Nottingham Trent University in the UK.

This series started in 2019 with local seminars focusing on transport nodes as risky places organized by Safeplaces network. In 2021, these one-hour lectures will be online, twice a month, starting 17:30 CET, followed by discussion.

All lectures will be held in English.

The chairs of the series are Prof Vania Ceccato, KTH-Safeplaces network and Associate Professor Andrew Newton.

We start the series with two of the most prominent scholars in the field of environmental criminology, Prof John Eck, University of Cincinnati, USA and Patricia Brantingham, Simon Fraser University, Canada.

Risky facilities provide opportunities for the prevention of crime at risky places. What characteristics do the high crime facilities possess that are not present at facilities with lower rates of crime? It is these characteristics that offer the most promising explanations for these crime discrepancies. In this lecture, we argue that the distribution of crime across a population of similar facilities follows a J-curve: a few of the facilities account for most of the crime in these facilities. We revisit some of the explanations for risky facilities; examine measurement problems associated with studying them; list policy options; and conclude by exploring the hypothesis that crime concentration among groups of homogeneous facilities may be the outgrowth of complex dynamic interactions among individuals–offenders, targets, and place managers.

Beyond crime generators and attractors

A tenet of crime pattern theory (Brantingham and Brantingham, 1993) is that certain places may act as a crime attractor, crime generator, crime detractor, or crime neutral area. Originally, it was postulated that places which bring lots of people together, whereby an offender identifies an opportunity for crime that was not pre-planned, can be considered as a generator of crime; whereas some places are already known to offenders as potentially good targets for crime will be an attractor of crime. Both can be considered as risky places. In contrast, other places can be considered crime neutral or crime detractors, and are therefore places of low risk of crime. This lecture builds on the article by Kinney et al. (2008) and considered the extent to which land use and urban design will influence crime generators and attractors, crime concentration, and the composition of risky places. 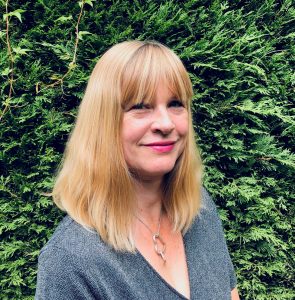 This chapter re-examines the concept of crime radiators and crime absorbers first introduced by Bowers in 2014. This paper explored the notion of theft around risky facilities to identify how these places attract crime. It compared theft at two settings, within risky facilities themselves and in their neighboring environs. Two hypotheses were tested. Firstly, that risky facilities were an absorber of crime, thus it was nearby facilities and the presence of local land use that drove crime at these risky facilities. The second was for crime radiators, and that the risky facilities themselves were the main driver for crime which then radiated out towards nearby environs. By comparing this across a range of previously identified risky facilities, including bars or pubs, cafes, restaurants, shops and retails, and banking, this found that risky facilitators tended to act as crime radiators, whereby they were a driver for both crime in their internal setting and to their nearby setting. Drawing from this research on the comparison between internal and external levels of theft, the author suggests the use of crime absorbers and crime radiators as unit of analyses for future research. It will further identify a set of practical interventions related to this. 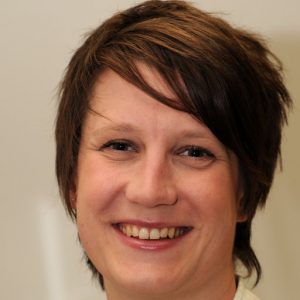 This seminar emphasises the causal role of person-environment interaction in acts of crime. Rooted in the theoretical framework of Situational Action Theory, this discussion of risky places centres on the interaction of crime actors with the risky characteristics of settings. Alongside the more commonly studied characteristics of settings, a crucial component of risky places is the presence of risky people engaging in risky activities. Most importantly for this perspective, studying this ‘situational interaction’ requires data that captures the convergence of particular kinds of people and particular kinds of settings in the spatially and temporally relative moment of an act of crime. The Space-Time Budget (STB) is a research tool designed to do just that. This seminar highlights some published findings using rare STB data from the Peterborough Adolescent and Young Adult Development Study (PADS+) to demonstrate why this kind of methodology is so important for our understanding of risky places and what distinguishes the findings facilitated by such methods from those generated by more traditional methods of studying concentrations of crime. Such findings are crucial to the development of the most effective policy and practice designed to tackle the concentration of crime in risky places.