The many faces of spatial clustering

Date: Friday, 12th May, 2017
Spatial clustering is the phenomenon where attribute similarity is matched by locational similarity, i.e., neighboring observations have similar values for one of more variables. This talk reviews a number of different ways in which spatial clusters can be defined, moving from a univariate to a multivariate context. Specific attention is given to a recent generalization of the Local Geary statistic to a multivariate setting. The different methods will be illustrated with the latest development version of the GeoDa software. 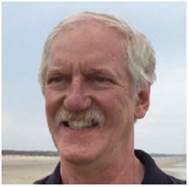 Stein-Freiler Distinguished Service Professor of Sociology and the College Director, Center for Spatial Data Science Senior Fellow, NORC University of Chicago http://spatial.uchicago.edu
Prof Luc Anselin is the developer of the SpaceStat and GeoDa software packages for spatial data analysis. He was elected Fellow of the Regional Science Association International in 2004 and was awarded their Walter Isard Prize in 2005 and William Alonso Memorial Prize in 2006. He was elected to the National Academy of Sciences in 2008 and the American Academy of Arts and Sciences in 2011. Luc Anselin is a native of Belgium, where he did undergraduate work and a master’s degree in economics and econometrics at the Free University of Brussels (VUB). His PhD is from Cornell University in the interdisciplinary field of Regional Science. Anselin comes to the University of Chicago from Arizona State University where he was a Regents’ Professor and held the Walter Isard Chair. He previously held appointments at the University of Texas at Dallas, West Virginia University, the University of California, Santa Barbara and the Ohio State University. He has held (joint) appointments in a range of disciplines, including Geography, Urban and Regional Planning, Economics, Agricultural and Consumer Economics, Political Economy and Political Science.

The many faces of spatial clustering